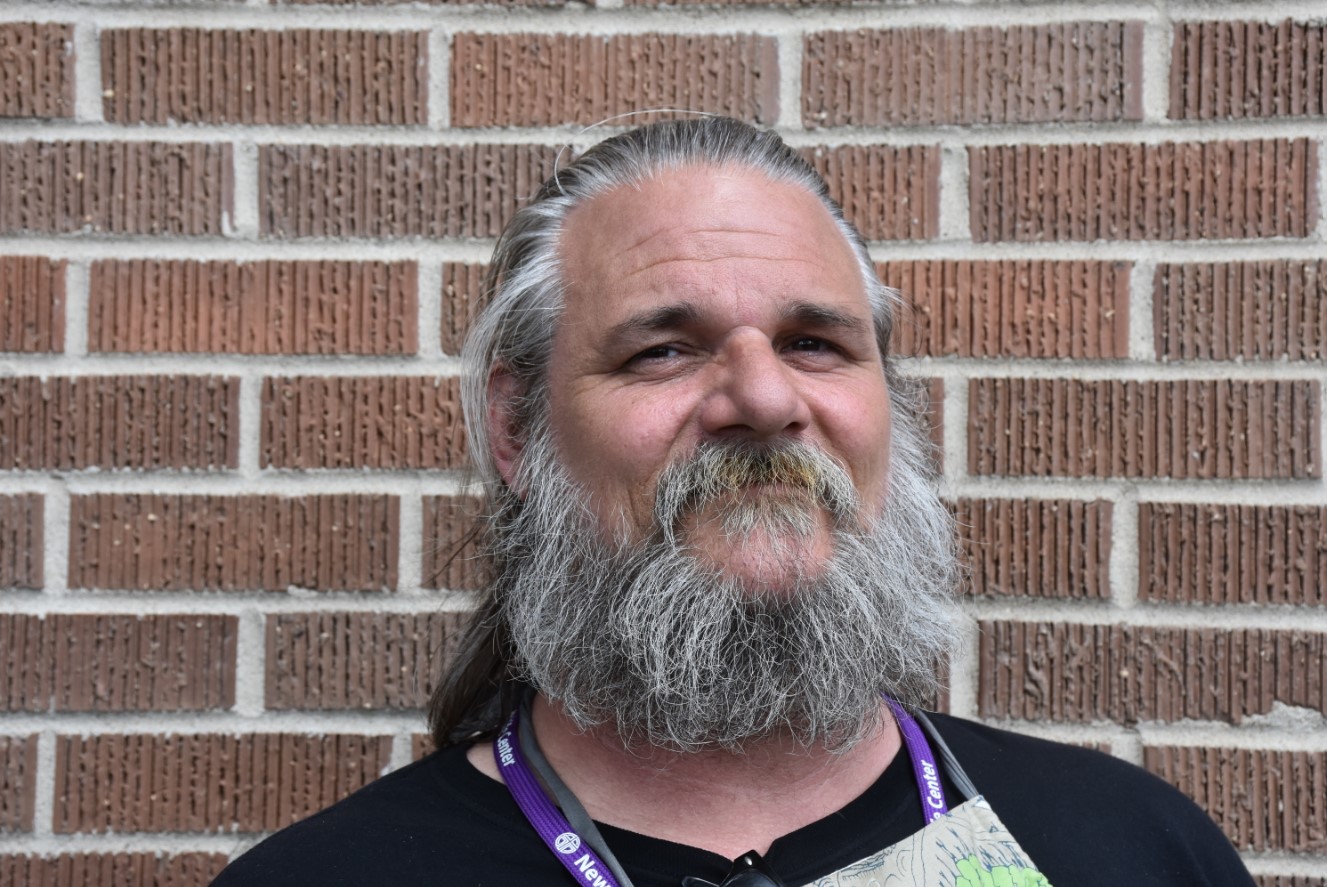 Just a few years ago, Greg was struggling to hold onto hope. “My life just continued to spiral down into an abyss,” he says. He’d lost his father – and inherited a large sum of money. “But I used what I suffered as an excuse to be more irresponsible,” he admits. In the wake of loss and grief, Greg’s drinking increased… and the money soon disappeared.

Greg relocated to Minnesota with his daughters, hoping for what he calls a “geographic cure.” But even after moving, the instability continued. Over the years, he nearly lost his daughters to foster care and faced periods of homelessness on multiple occasions. “I was fairly certain I was going to do myself harm if I didn’t get help,” he says. Thankfully, Greg’s ex-wife intervened, encouraging him to take that first step to change his life – and Greg found New Life Center. Although hesitant at first to join a faith-based program, Greg is grateful for it now.

Through the classes, counseling and spiritual guidance in Genesis, our relapse prevention program, Greg’s life began to change… and his faith began to grow. The turning point was a weekend retreat for the Genesis program, sponsored by a generous Mission donor, where Greg decided to give his life to Christ! “It was pretty amazing,” he says. “I used to talk to God only when I was going through hard times… but now I have a relationship with Him I never had before.”

Today, Greg is serving around the Mission as a groundskeeper, his family is proud of the steps he’s taken, and he looks forward to discovering what God has planned next. This Thanksgiving season – and all through the year – your kind generosity fills hearts with hope and gratitude…and transforms lives through God’s love! “New Life Center has given me the tools I need to live my life the way God intended… I want to live an authentic life, to make God proud of me.”