Blessed to be a Blessing 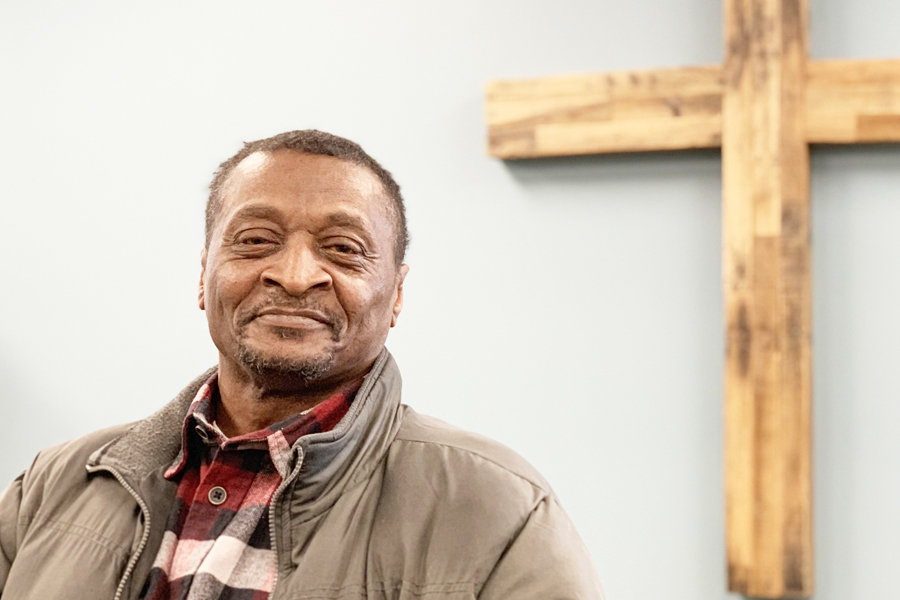 Fred first came to us unable to walk after being involved in an accident. He could not work and was stranded with no family to help him out in his crisis.

Fred lived his whole life in St. Louis, Missouri. He worked different jobs to make ends meet and enjoyed playing the drums for his church. Being a musician at heart, Fred has played since he was five years old. He loves it. Like many of the men we meet, Fred came to North Dakota looking for work. Nothing specific, just anything that would pay a decent living wage, better than what he could find in St. Louis.

‍
Work wasn’t as easy to find as Fred had hoped and he had been looking for almost a year when he came to the New Life Center. With no money and no leads for new work, Fred decided to try something he’d never done before and visit a shelter.

Fred laughs as he shares, “I never thought that I would end up in a shelter, but when I came
here everything was nice, and I said ‘Well I’m broke enough, I might as well give it a try.’”

Having just had surgery on his leg after his accident, Fred first took advantage of the Medical Respite program. Our staff helped him into a Medicaid program so he could recover without worrying about medical bills piling up. Fred is delighted to be able to walk again and has moved into the Passport Program. He is working toward the goals of finding long-term stability and being independent again.

‍
Your gift today can help people like Fred get back on their feet. You can help make Real Change happen. With a smile on his face, Fred says, “I would tell anybody who needs help, this is the place to be. You got a lot of opportunities here. You just have to want to be able to step up and live a nice and decent and normal life and prosper.”

Fred is walking again. These are his first steps to his other goals of finding steady work and getting back to playing his music. To show his appreciation, Fred recently hosted a breakfast event for our staff. He says, “I’m the type of person when I feel somebody is blessing me, I like to, you know, bless people back. I woke up one morning, and God put it on my heart, ‘Hey, give a breakfast for the staff.’”

Fred admits he wasn’t sure how that was going to happen since he didn’t have much money, but he just prayed that it would work out. Sure enough, God sent some people Fred’s way that wanted to partner with him and make his dream come true. “It warmed my heart just to be able to give back, and to be able to see the warmness on their face and appreciation,” Fred says.