I Call This Place My Rock 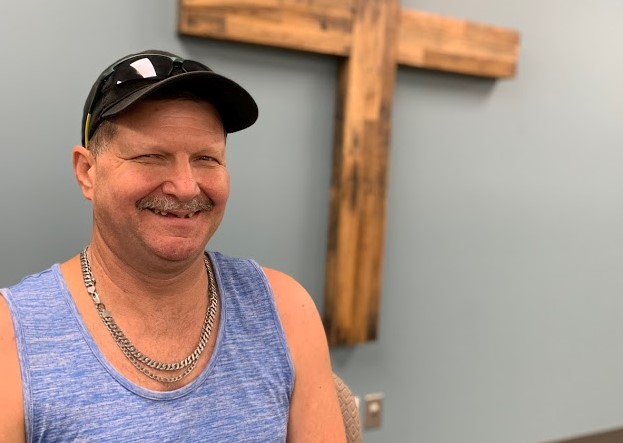 When asked about his old life, Scott was anxious to start talking about his new one. “Let’s just say I made mistakes and got into trouble,” he says. “And when I got out of jail . . .”

That was two years ago. And that’s when Scott believes his story really started. He decided he needed a change of scenery. He started hitchhiking and ended up outside a church in Minot, ND. He asked for help and a few phone calls later, he was on a train to Fargo with instructions to go to New Life Center.

“New life,” thought Scott. “I like the sound of that.” He arrived in Fargo at 3:30 a.m. and waited outside New Life Center’s doors until they opened several hours later. Over the next two years, he took part in several life-changing programs there. “They offer you all the opportunity,” he says. “You just have to take advantage of it. The hardest part for me was realizing I can’t do it all myself. I need to have faith in the Lord and allow other people to take part in that.”

Scott eventually had surgery to correct a debilitating foot injury. He recovered, went back to work, and saved enough money to buy a truck and build a healthy bank account. Now he’s planning to drive back home to visit his family—whom he hasn’t seen in years.

As he looks in his rear view, he’ll take one last glimpse of the place where he found his new life. “I call this place my rock,” he says o fNew Life Center. “They gave me my life back.”