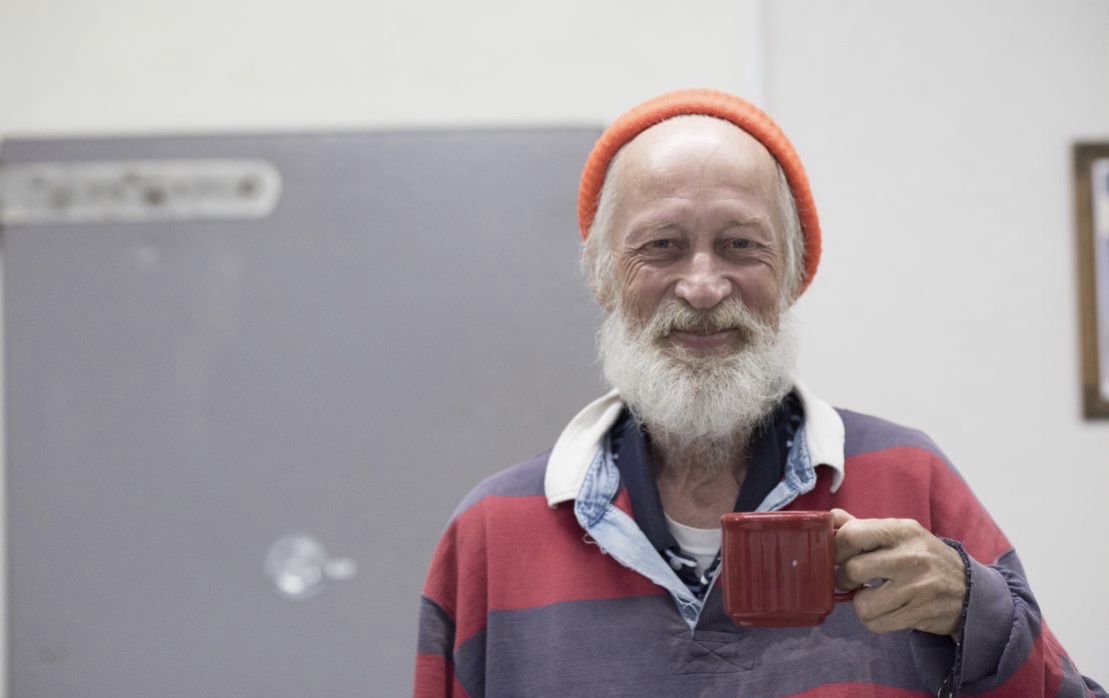 My dad was in the military, so my family moved around a lot when I was little. Along the way, I guess I became something like a survivalist, learning to adapt in all kinds of environments. I loved camping and figured I could live under just about any conditions.

I probably would have been successful on that TV show Survivor because that’s what I was, a survivor.

My wife and I have two grown kids, and life was pretty okay until about four years ago,when we were living in Albuquerque. That’s when two really bad things happened. My wife who had been battling diabetes passed away from cancer. And then I lost my job.

I couldn’t find work in New Mexico, but I heard there were some jobs up here, so I moved to Fargo. I found some temp jobs, but nothing to really keep me going. I stayed in a cheap motel for a while, but then I couldn’t afford it anymore.

Then I started living in my van, staying in the Walmart parking lot, or wherever they’d let me park. I had a lot of blankets and a little camp stove. But in the winters around here, that’s just not enough. I thought I was a survivalist, but the winters here were too hard.

So, I decided to check out New Life Center and see if they could help me. And I’m so glad I did.

They’ve given me a nice place to stay and three meals a day. They’ve helped me find a full-time job, too, so I’m saving up for a place of my own. It’ll probably be out in the country somewhere, just living off the land. Because I’m kind of like a grizzly hermit in that way.

But if it weren’t for New Life Center, and for caring people like you, I’d still be living in my van, just trying to survive. Thank you for giving me a new life!